By: Will Johnson
Printed on the Daily Herald’s Weekender (July 6th, 1997)

Columbus, the first European to set foot on Cuban soil said that he found so much “marvelous beauty that it surpasses all others in charms and graces as the day doth the night in luster.” He went on to say that “I have been overwhelmed by the sight of so much beauty that I have not known how to relate it.” 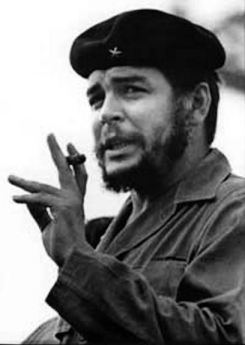 Over the centuries which have passed since Columbus first visited the island, the inhumanity of man against man has always found fertile soil on Cuba. The revolution of 1959 tried to put an end to centuries of exploitation of the Cuban people.

Cubans refer to their country as the “first free territory in the Americas!” It was, they point out, the last country in the Western Hemisphere to abolish slavery – the ownership of man by man – and or the first to overthrow capitalism – the exploitation of man by man. Whether one likes it or not, Cuba has undergone the most radical revolution in the West and has played a major role in international affairs. Economic blockades, sabotage and subversion, invasion threats and virulent press campaigns have not been able to check its energy. It remains the most painful thorn in the side of the United States which continues to point its mighty sword at the very heart of the Cuban revolution. Tourists are even returning in large numbers to enjoy its celebrated beaches, rum, music, dance, cigars and irrepressible gaiety. Cuba was, and still is, scandalous, with its revolution the greatest scandal of them all.

And if Cuba was known as the whore of Uncle Sam before the revolution it seems that France is now trying to get in bed with her. On July 4th the day of my arrival at the Jose Marti Airport, there were no less than three DC-10 French passenger aircraft parked at the airport.

Before the revolution there existed an extremely unequal society on Cuba. The Cuban sugar barons and American sponsored middle men enjoyed a grand life style but the majority of the population eked out a subservient and miserable existence. Unemployment was high; work in the sugar Industry was seasonal. The differences between town and country were vast: Havana, the “Monte Carlo of the Caribbean” was one of the most sophisticated cities in the West. The rest of the nation lived in profound poverty with hardly any provision for education and health. Before the 1959 revolution United States interests possessed 75 per cent of Cuba’s soil, 90 per cent of public services, and 40 per cent of the sugar industry. Eight per cent of landowners in Cuba held 70 per cent of the land.

Fidel Castro and Che Guevara in order to break the United States stranglehold on the economy decided to nationalize foreign enterprises, the credit system, and most large and medium scale industries. Urban rents were halved and a low-income housing program started. The mass-communications media were taken over. Education was made public and expanded; many former army garrisons were turned into schools. A massive literacy campaign was started to help the more than one third of the population who were illiterate. In “Granma” I read that since the revolution 70.000 doctors have graduated. I presume that the doctor who gave’ me a checkup close to the nuclear power plant at Cienfuegos and only charged me five dollars was one of them.

On the day of my trip to Cuba it was announced that the bones of Ernesto Che Guevara had been located in Bolivia and would be returned to Cuba.

I had to get Cuba out of my bones. I was a teenager in 1959 and the revolutionary spirit had caught hold of the Caribbean.

The Pax Romana learns us that: “De nobis fabula narratur.” (Their story is our story). The Roman Emperor Marcus Aurelius (161-180) once stated: “As the Emperor, Rome is my homeland, but as a man, I am a citizen of the world.”

As a citizen of the world and in order to learn their story I decided to visit Cuba. When Ernesto Che Guevara expanded his revolution to South America in 1966, a group of us met a year later on the terrace of the Passangrahan Hotel on St. Maarten and came up with the idea of starting a Caribbean Brigade in defense of the revolution. The Communist Mayor of Pointe a Pitre at the time Dr. Bangou was to be asked to arrange our passage on a French cargo vessel to Guayaquil Ecuador. From there (in my mind’s eye I can still feel the heat of that city) we were to find our way to the Altiplano (the high planes) of the Andes and try and link up with Che. A night out in the open on the altiplano would have been enough to chill my bones of revolutionary fervor for the rest of my life. We even had an escape plan if things went sour. Mine’s was to track my way down to Lima Peru and catch a Dutch cargo ship back to Curacao. I even took a four month vacation in order to go. And then on October 8th, 1967, I woke up to the BBC announcing the execution of Che by the Bolivian military. There are times when I wake up in a sweat it is Guyaquil I am dreaming of and if it is the chills I have, it is the cold nights I imagine I might have spent on the Altiplano. I later had a cat named Che and my dog was named Tanya after his German friend. Would I have really gone? Did I go? Writer’s license permits me to remain silent on that one.

When the Windward Island Council was one legislative body, there was a time that I criticized a trip to Cuba by then Union Leader Rene Richardson. He lost no time in retaliating by going on television and informing the people: “Look who’s talking! Of all people, Will Johnson. A man who every other weekend does visit Cuba to see his friend Fidel, The only person they ask me about in Cuba was Will.”

It might have seemed that way, but it was not so. My rhetoric and revolutionary dress did have consequences for me. In 1969 after an Investigation on St. Maarten by the U.S. Consul on Curacao a United States student visa was denied to me. I had been offered a scholarship in Journalism at Yale University by the Inter American Press Association. I was officially listed as a Communist. The years have mellowed me and I have now been downgraded to a salon socialist and can even bring up much sympathy for a “bit of capitalism in between.”

What about Cuba today? In my opinion the revolution has been successful in the countryside but has failed in the cities. If after forty years there are still so many beggars in the c ties, it is a bad sign. Perhaps the God who created angels and archangels did not intend to have a nation of all equally poor. Perhaps he likes to see plebeians and patricians walking the face of the earth, if not together at least within sight of each other. 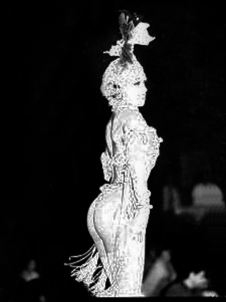 Tourism is again creating two societies on Cuba and the more education people have the more they want to achieve, which is impossible under communism as practiced in Cuba. After visiting Cuba I can also understand the anger of the Cubans in Florida. What they considered as riff-raff were given their beautiful mansions. Those mansions have now been reduced to slums, confirming that the rich were indeed perhaps right in their assessment and treatment of those beggars. Jesus himself said: “The poor will always be with you” and you are even inclined to agree with Marie Antoinette:”Let them eat cake, if they have no bread.” While recognizing the great things the revolution has done for Cuba, and the sincere intentions of Fidel and Che, in the end capitalism will be victorious. For communism to succeed work must be shared equally. That is not the case in Cuba today where the hard working country people have to feed the same beggars who are now once again begging the tourists in the cities. Hopefully the transition will slowly evolve to socialism as practiced in Western Europe and not the “raw ugly capitalism” of the United States.

The republics to the South will eventually overcome the United States WASP society by sheer numbers. Cuba with its Latino love for the little ones and which prides itself as the first free territory in the Americas has already “liberated” the state of Florida by flooding it with industrious immigrants. Millions more will flood that State if the United States attempts any violent overthrow of the Communist regime. My suggestion to the United States is to buy up the more than fifty-thousand old American made cars from the Cuban people in tribute to their having so lovingly taken care of this symbol of American capitalism. At fifty thousand dollars each it would create that many millionaires on Cuba and the system would collapse as it could not handle a situation like that. The second offensive would be to flood the place with American tourists and outnumber the beggars and make them rich.

Did I enjoy my visit to Cuba? Yes I did. On the street a lady advertising certain wares (brown sugar perhaps?) called out to me. “Hey meester, first time in Cuba? I give EET to you for free. Ha.Ha.”

I think that it is a pity that the Cubans who are living in Florida are denying the other 250 million Americans the opportunity to see and enjoy. Cuba the way I did. But the day will come when Americans will start going there again and woe be unto us. For what I saw is that the Cuban people have not forgotten the art of how to entertain the visitor. And that is what tourism is all about. People go on vacation to be entertained and not to be harassed. I no longer need to have the nightmares of the Altiplano or Guayaquil. Now that I have visited Cuba I can have sweet dream of that beautiful country instead.

The first free territory in the America’s. So free even that “EET” can be offered on the streets for free. In Che Guevara’s farewell letter to his parents in 1965 he stated that: “Once again, I feel below my heels the ribs of Rosinante. I’m on my way with my shield on my arm.” This past week on Cuba his remains were received by his daughter and other family members for the world.

My Rosinante has now been put out to pasture. As I leave the Jose Marti airport I toast a Mojito to Papa Hemingway, as the man at the bar offers me a Three-peso note with Che on it. The irony struck me that it was Che who said that he wanted to create a society without money. With dollars everywhere on the streets of Cuba it will not be long before Cuba will be back to the monied society which Che and Fidel have tried to change.  ADIOS Cuba!! 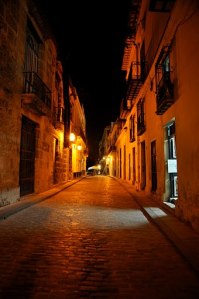 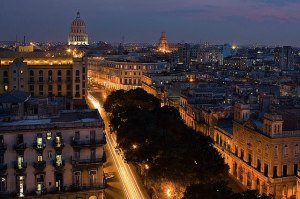 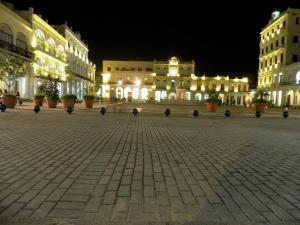