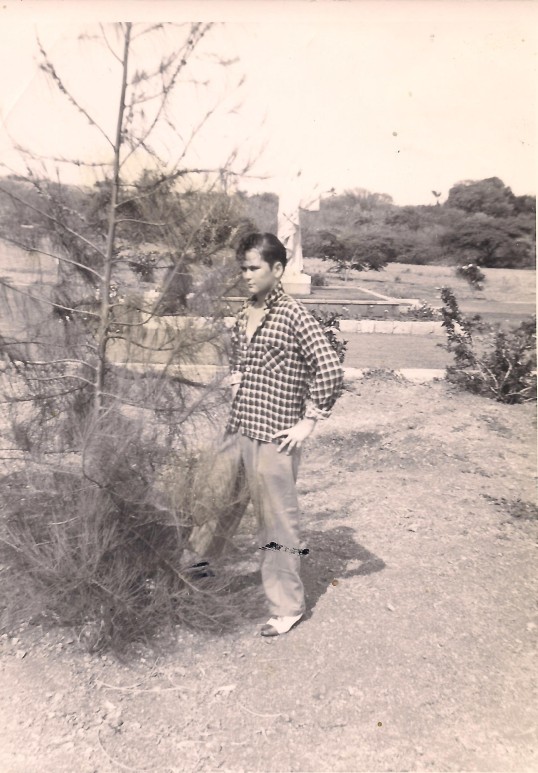 Me , Will Johnson, age 16 next to the Sports Field in Brakkeput 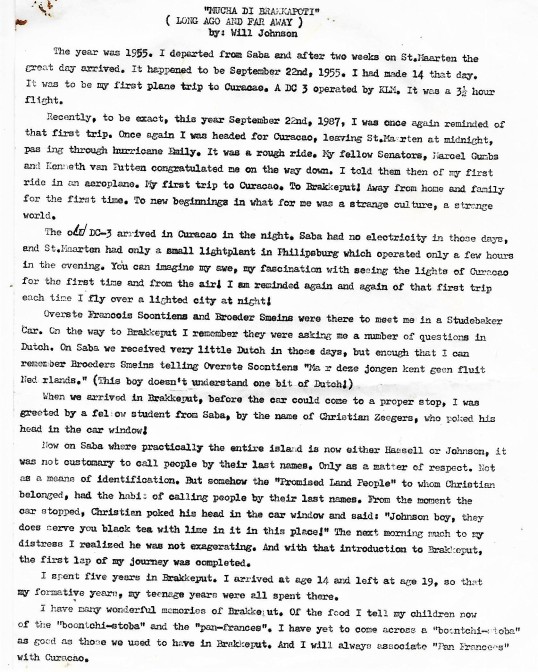 On the 50th anniversary of the Boys Town some of the former Brothers visited the islands. The boys from Saba who had spent time in the Boys Town took care of them and after a church mass a reception was held for the brothers and invited guests at Scouts Place.

One of the Brothers cleaning up the sleeping quarters for the younger group of boys. This is where I landed in 1955. Those cots were made of hard canvas and were comfortable. 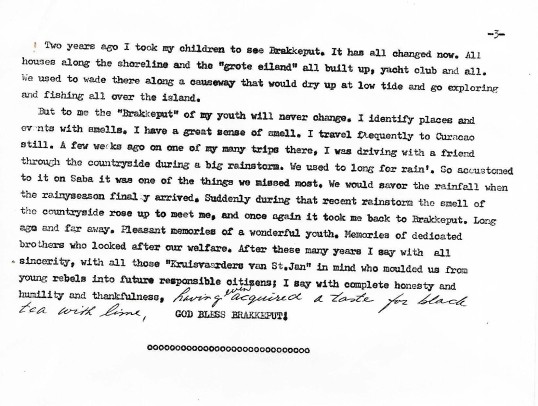 This is the food truck carrying food to the various buildings. That is me running behind the truck, age 14 then, and Ronny Leverock also from Saba used to drive the truck. 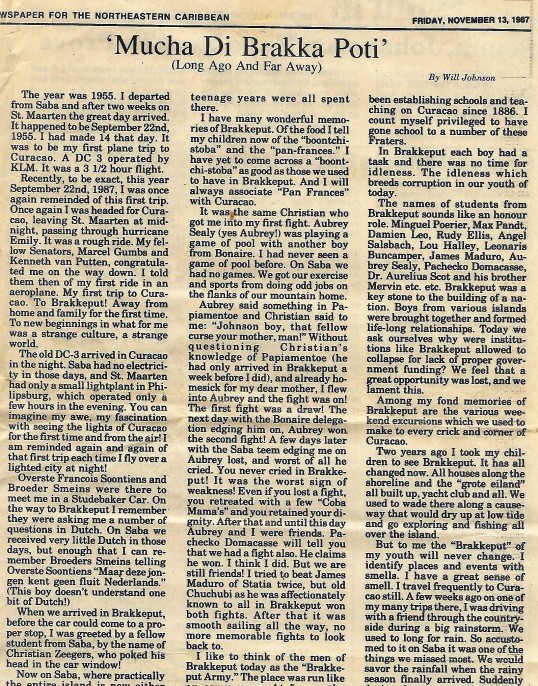 Some of the boys right to left Boysie Richardson of St. Maarten, Roy Smith of Saba and one of Heskett Wiliams brothers. Will complete the names when I get them.

In back from right Roland Peterson, Hyacinth Halley and John Alton Johnson, in front one of the Willams’ boys and then me Will Johnson.

A Mass was held in Brakkeput  on November 1st, 1987. Among the speakers were Prime Minister Minguel Pourier and I also spoke on behalf of those from the Windward Islands. We had to leave early as I was Senator then and we were hosting one of the Presidents of Venezuela and had to attend a reception being held for him

There were three estates Brakkeput Abou, Brakkeput Mei Mei and Brakkeput Ariba where the Boys Town was located. All of the shore line was not developed back then and we had the entire lagoon to ourselves.