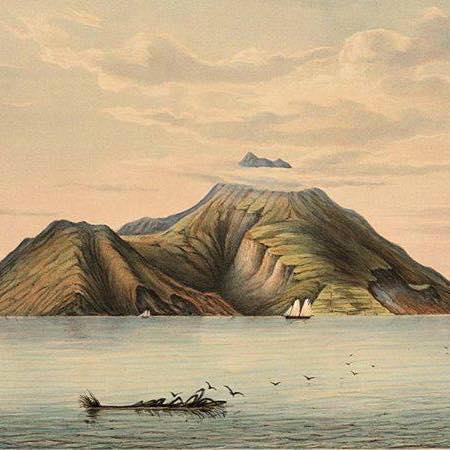 In the book ‘Caribbean Interlude’ by Kenneth Bolles he describes a visit to the Rendez Vous. There most of the planting was done for those living in the villages of Windward Side and St. John’s.

In talking to one of the old retired sea captains who would return to Saba in their old age and return to the land for their survival they discussed the farming on the sides of The Mountain. In referring to the mountain the old farmer declared to Mr. Bolles “She takes care o’ we.”

Many of the old timers would voice that same opinion throughout the ages of European settlement. In an interview Bobby Every said that his father used to tell him that if it was not for the Mountain, in times of severe droughts “we would have all been dead”. Some years ago, when a relatively small number of locusts reached the Eastern Caribbean from Africa memories were brought up about The Mountain. Oliver Zagers “Olley” said that his father Solomon had told him that when he was a boy a plague of locusts had descended on Saba and within days had eaten their way to the top of The Mountain. 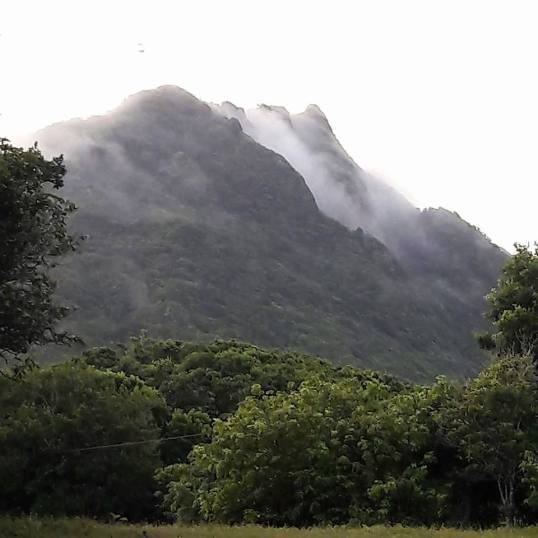 Pretty Impressive Mountain for such a small island, and this  is half way up from the sea.

George Seaman visited Saba in 1934 and spent some time here. He kept a Journal of his visit which he gave to me. In the Journal he refers to The Mountain as having no name other than that. God too has only one name for those who believe that there is a God, so why should The Mountain so revered by our ancestors in former times have a name?

People regularly ask me as to who gave it the name Mount Scenery. I truly do not know and don’t want to speculate on that. I assume that it could have been one of the Roman Catholic Nuns or a Priest thought it needed a name and gave it that name.

Earlier this year while on Aruba I remembered that there was a street in Lago Heights called ‘Mount Scenery Street’. I asked a couple of people if they could remember what year those streets were given names. They did not know, and I will continue to check on it. That would give an indication as to when that name was used and perhaps point to the person who gave it the name.  I do not recall as a boy growing up anyone referring to it other than The Mountain. 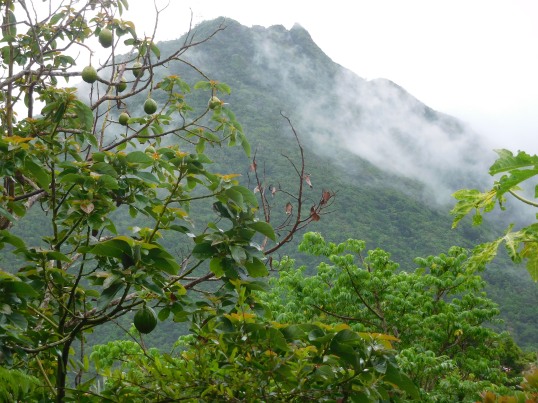 Nothing against the new name mind you. People look at me as a critic on many things. I look at my role as a story teller and preserver of things like historic names of places dear to the heart of every true Saban. I do not believe that folks coming into an old island culture should be creating new names solely for commercial purposes. Cui Buena fruit? That is why the island needs a Saba National Trust like those in places like Bermuda. The National flag, coat of arms and National song were approved by a Committee consisting of Sabans, who then presented their research and laws to the Executive Council and then approved by the Island Council. All in a matter of months. There are laws regulating respect for the flag and it cannot be used for commercial purposes without permission from the authorities. I have strayed a bit, and will go back to The Mountain, but not before mentioning Names. The Committee established in May of 1985, by the Executive Council consisted of Frank Hassell, Shirley Smith, Patsy Johnson and me as Chairman/Secretary. The results were presented to the Executive Council in the beginning of September. The Council consisted of Lt. Governor Wycliffe Smith, Commissioners Vernon Hassell and Peter Granger. On Saba Day December 1985 the Island Council, consisting of Vernon Hassell, Peter Granger, Ramon Hassell, Hugo Levenstone and myself approved everything and on that same day presented the results to the people of Saba. They were enthusiastically received and have become proud symbols of our struggle for survival on this small rock with a Mountain without a name. 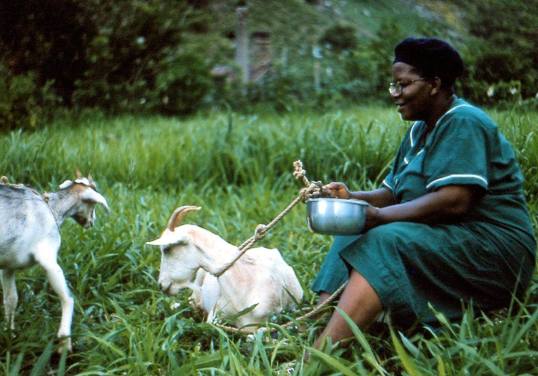 From my research Saba was first settled above the Well’s Bay after 1629 by people from St. Kitts who were chased by the Spanish Admiral Don Francisco de Toledo. The two villages they established were given the names of Middle Island and Palmetto Point after towns on St. Kitts from which they had fled.

The history of these islands was mainly written in the late nineteenth and early twentieth centuries by Dutch people. They had limited resources available to them at the time. The one who made ‘history’ a source for personal income was Dr. J. Hartog. I recall my brother Eric telling me that when Hartog visited he went through old historic files, tore out the items he wanted and told him that the rest of the files could be thrown away as they were not of any interest to him. He and others never believed in oral history and came to many assumptions about our history without any kind of proof to back it all up. They also conveniently forgot to remind us that Holland and Belgium were one country and a number of the first settlers on St. Eustatius were Hugenots from Wallonia and people of Flanders from places like Antwerpen who were in business with other people from Zeeland which was a part of what is now The Netherlands. 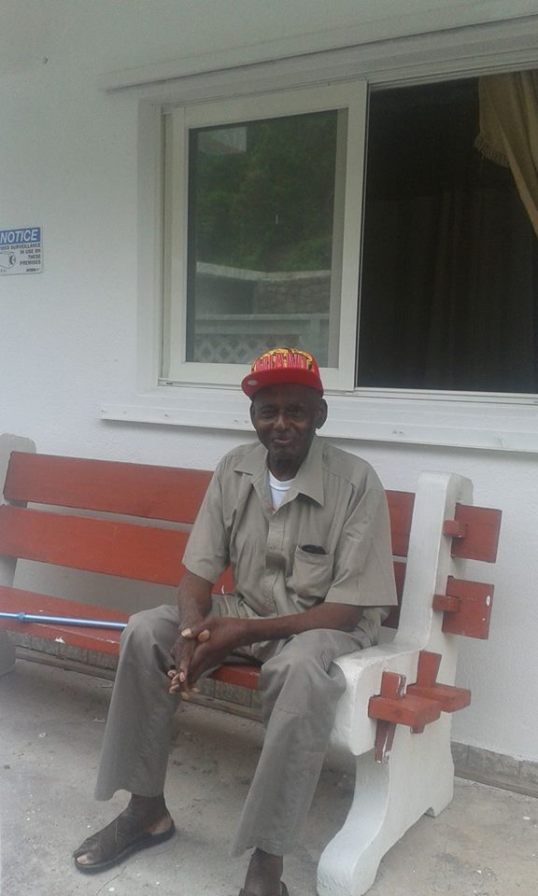 The one who visited these islands, including Saba, was M.D. Teenstra in the 1820’s and who gave an accurate description of the people and resources of these islands. He was an engineer sent out to study the possibilities for the extension of the Salt Ponds on St. Maarten, but his book has more historic value to me than all of that written by people who had never visited here. He was here and did not need to speculate while on a schooner passing by the island.

As early as the year 1701 when the Roman Catholic Priest Father Pierre Labat visited Saba on a pirate ship he described the island as being prosperous. The so-called prosperity stemmed from the fact that the young volcanic soil on Saba was very fertile. Because of the altitude of The Mountain (over 2900 feet) a variety of crops could be grown between sea level and mountain top. Enough was produced to support the small five hundred strong local population as well as have a limited export to the mother colony of St. Eustatius and later on to St. Thomas. The settlers who came into the island some years after the settlers at Palmetto Point and Middle Island, were particularly interested in fishing the Saba Bank. They settled above the Fort Bay where there is a spring which runs all year round. None of those who wrote before my time never mentioned an exact year. They said approximately 1640. Around 1659 this settlement was destroyed by a landslide. In 1665 the island was captured by Edward and Thomas Morgan uncles of Governor Henry Morgan of Jamaica. The pirates who left sent the Dutch settlers to St. Maarten and also to other islands where they became indentured servants. 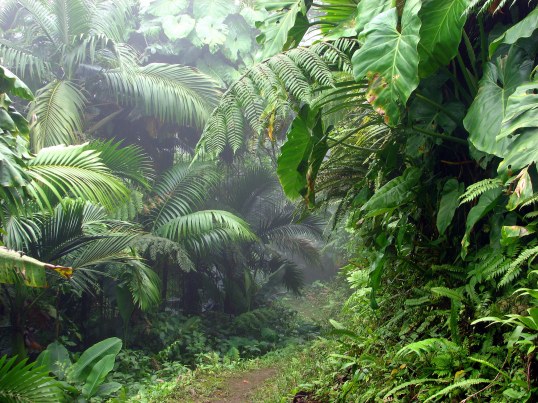 The Mountain somehow finds a way to restore itself even after  category five hurricanes.

The remaining 226 people left behind were nearly all of English, Irish, and Scottish descent with the exception of 10 Dutch people who swore allegiance to the British. Also, some ninety of the pirates remained behind as they saw the possibility of using Saba as a pirate’s nest while carrying out their pirate activities from the Virgin Islands.

A description of Saba in the 18th century is described by some historians of that period as follows: “Saba remained Dutch from 1679 until 1781. Whatever happened on the larger islands, Saba maintained its insular isolation undisturbed. The population was spread out over the island, and persons in authority on St. Eustatius seldom visited. And so, a sort of patriarchal society developed, where the peace was only disturbed through occasional family feuds. The people fished, caught sea turtles, and there was some agriculture so that the island was economically independent.” 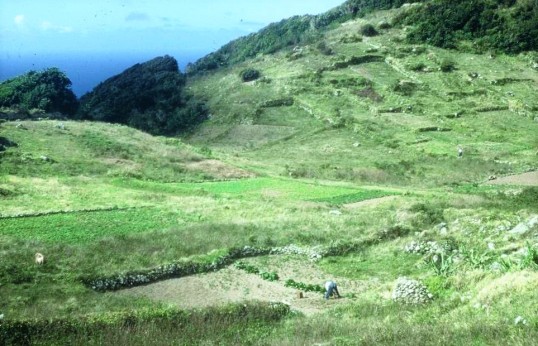 In 1780 the population had already reached 1300. Because of the huge growth in the commerce and population of St. Eustatius there was a market for selling agricultural produce to St. Eustatius. Saba remained for the most part dependent on what the Mountain could produce and the fishing opportunities on the Saba Bank and Bird Island. There were also coffee and cotton plantations because it is recorded that the great hurricane of 1772 destroyed these plantations. Coffee can still be grown as I have three coffee trees in my garden. One from the Blue Mountains in Jamaica (bearing now) and two from a coffee plantation I visited on the island of Gran Canarias.

In 1816, Saba became Dutch again on paper, and most people in the know described the period between 1816 and 1923 as very bleak and depressing years. It is worth noting that exactly during the periods in which Saba was Dutch that the economy was in a very sad state. When left to its own resources or when under foreign flags, Saba was always described as being prosperous, in the sense that the colony was not a liability to the ‘mother country’.

This photo from around 1870 shows how much of the face of The Mountain was farmed out.

We remained and the many animals we had then dependent on The Mountain mostly.

A job description of 1908 shows that there were 240 farmers on Saba. The population from about 1860 grew steadily to over 2000 people and peaked in the year 2488. All were dependent for the most part on farming The Mountain and fishing, while the majority of the men were listed as Mariners, over 700 (seven hundred) in all. They sailed all over the West Indies and the world on Saban owned schooners as well as many owned by people from New England. The “Spanish Work” which was introduced Mrs. Gertrude Johnson born Hassell (a first cousin of my father Daniel Johnson). Through export to friends in the United States this lace work provided a means for a cash economy on the island. In the nineteen twenties with the establishments of the oil refineries on Curacao and Aruba as well as the new immigration rules in the United States the population went into a decline. From around 2500 in the nineteen twenties to only around 900 in 1971. But one thing which was proven between 1860 and 1930, is that the island could produce enough to sustain a population of more than 2000 people, with at times enough surplus to be able to export potatoes, onions, hides, cotton, fish and other produce to St. Thomas. 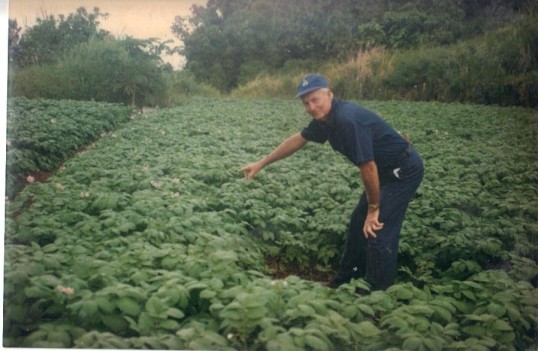 In recent times things have changed. While others take credit for much of my work I when in government in 1998 added a clause to the building ordinance that you could not build above the 500 meter level and it was I who did all the research for the ownership of the Sulphur Mine lands and which became a bit of a controversy as I was told that it would be a gift to the island. Anyway, I will not dwell on that issue. This is about The Mountain and indeed she still ‘takes care o’ we’.